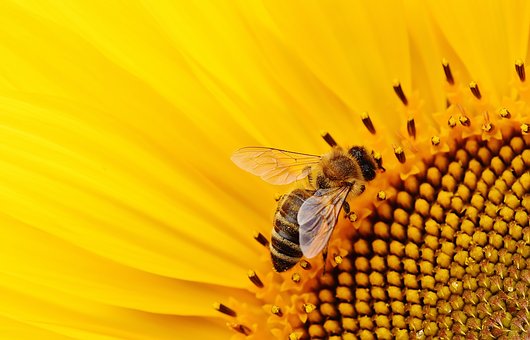 ABPV was discovered by accident in 1963, while researchers were studying another paralysis-causing virus (de Miranda 2010a). As the name implies, symptoms include a rapidly progressing paralysis, including trembling, inability to fly and the gradual darkening and loss of hair from the thorax and abdomen (Tantillo et al., 2015). The spread of ABPV within the colonies is through oral transmission routes involving adults, larvae, cannibalized brood, contaminated food and/or feces (de Miranda et al., 2010). The virus is transmitted by the Varroa destructor mite (Tentcheva et al., 2004). There are no treatments nor specific control measures for viruses but reducing loads of the transmitting Varroa mite will help.

BQCV causes mortality in queen bee pupae, with dead queen bee larvae turning yellow and then brown-black (BeeAware, 2019). The disease has a seasonal relationship similar to the parasite Nosema, with a strong peak in spring and early summer (Ribière et al., 2008). It is believed that infection with BQCV may be transmitted by Nosema apis, a microsporidian parasite of honey bees that invades the gut of adult honey bees (BeeAware, 2019). Because of the occurrence with Nosema, queen rearing operations who produce queens in the spring are highly susceptible to BQCV (Ribière et al., 2008). A multiyear survey conducted by the USDA found BQCV to be very widespread with greater than 90% prevalence in samples tested in 2013 (Traynor et al., 2016). In fact, because of the high rate of prevalence, screening efforts for BQCV were halted by the USDA. Unfortunately, there is no treatment specific to controlling BQCV, however, it is generally accepted that managing and minimizing other pests and diseases of honey bees is the most effective strategy in controlling any problems associated with honey bee viruses, such as BQCV.

In 2009, Lake Sinai Virus (LSV) was first discovered in honey bee samples from a migratory commercial beekeeping operation with sites near Lake Sinai, in Brookings County, South Dakota (Daughenbaugh et al., 2015). There are several “types” or variants of the virus. We test for the two most common: Type 1 and Type 2. The virus is thought to be transmitted through mites.

LSV is a very prevalent virus; roughly 20-30% of the total pathogens found in honey bees are LSV. In one study, LSV1 infections peaked in July (which is similar to other bee viruses) and LSV2 peaked in January and April (Daughenbaugh, 2015). A large proportion of LSV2 has been found in the honey bee gut, suggesting that vector-mediated, food-associated, and/or fecal-oral routes may be important for LSV dissemination (Daughenbaugh, 2015). From a management standpoint, the literature recommends trying to reduce the vector (mites) in the colony.