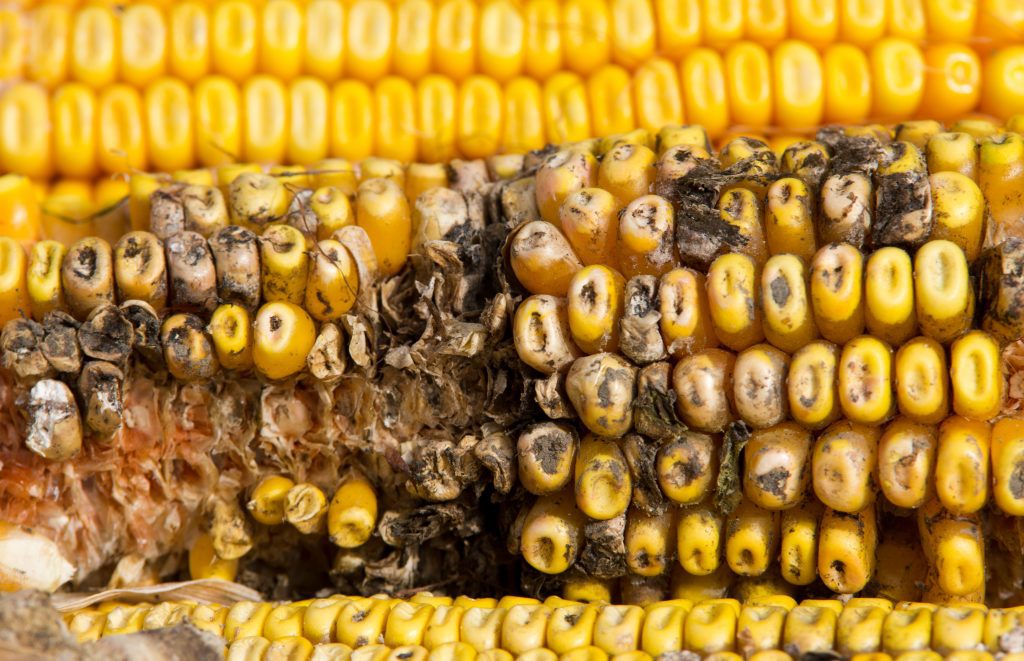 Diplodia rot in corn is caused by two fungal species found within the genus Stenocarpella: S. macrospora (hereafter, Smacro) and S. maydis (hereafter, Smaydis). Corn is the only known commercial crop host for these globally distributed pathogens, which can infect the ears, leaves, and stalks. In the US, Smaydis is considered the more common species where it severely reduces yield in the Midwestern states (Wise et al., 2016). In contrast, Smacro is thought to be restricted to southern corn-growing states where it has only been considered a minor disease-causing pathogen. Diplodia rot can be confused with several pathogens when symptoms occur on the leaf (NCLB & Goss’s Wilt), stalk (Charcoal, Fusarium, Gibberella), as well as the ears (Gibberella). Identification and diagnosis have been based largely on traditional methods of microscopy and culturing of suspected samples. Due to assumptions in distribution of each species in the US and difficulties in visually differentiating the two Stenocarpella species, it is important to develop a DNA-based test to help detect and quantify these two pathogens.

This project was funded in part by the National Corn Growers Association.