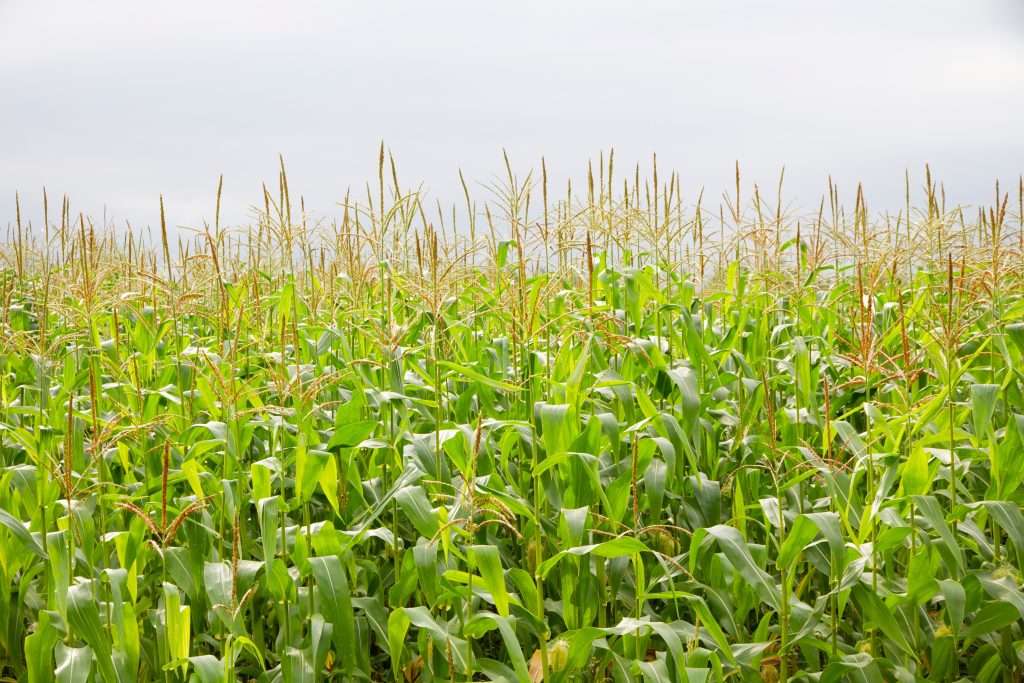 Gray Leaf Spot (GLS) is a destructive foliar disease, which can be found in corn-producing regions around the world (Ward et al., 1999). This disease is caused by two closely related fungal species Cercospora zeae-maydis (Czm) and Cercospora Zeina (Cz), which have different distributions in North America. C. zeae-maydis is thought to be found throughout North America compared to C. zeina, which appears to be restricted to the eastern Corn Belt. When plants are infected by either species, GLS first manifests as small pinpoints, which eventually turn into brown to gray, rectangular lesions. These lesions can result in necrosis across large areas of leaves, resulting in reduced photosynthesis. Consequently, there is great potential of reduced grain development leading to yield loss, up to 50% (Ward et al., 1999), particularly when lesions develop early in the growing season or when lesions reach the ear leaf or higher during two weeks before and after tasseling (Wise, 2010). Once infected, plants continually shed GLS fungal spores throughout the growing season and can be transferred to adjacent plants or fields by wind-driven rain. During periods of high humidity and moderate temperatures, large GLS outbreaks can occur. The disease is difficult to control because the fungus overwinters on corn residue on the soil surface, but tilling, annual crop rotation, or the use of GLS tolerant corn varieties may help reduce the chances of an outbreak. Fungicides are also effective against GLS, but no disease thresholds for fungicide application have been established because the relationship between disease severity and loss of yield is unclear for most corn varieties (Wise, 2010).

NAGC has developed a real-time PCR multiplex assay for the detection and quantitation of Cercospora zeae-maydis (Czm) and Cercospora Zeina (Cz), two pathogens that cause GLS.