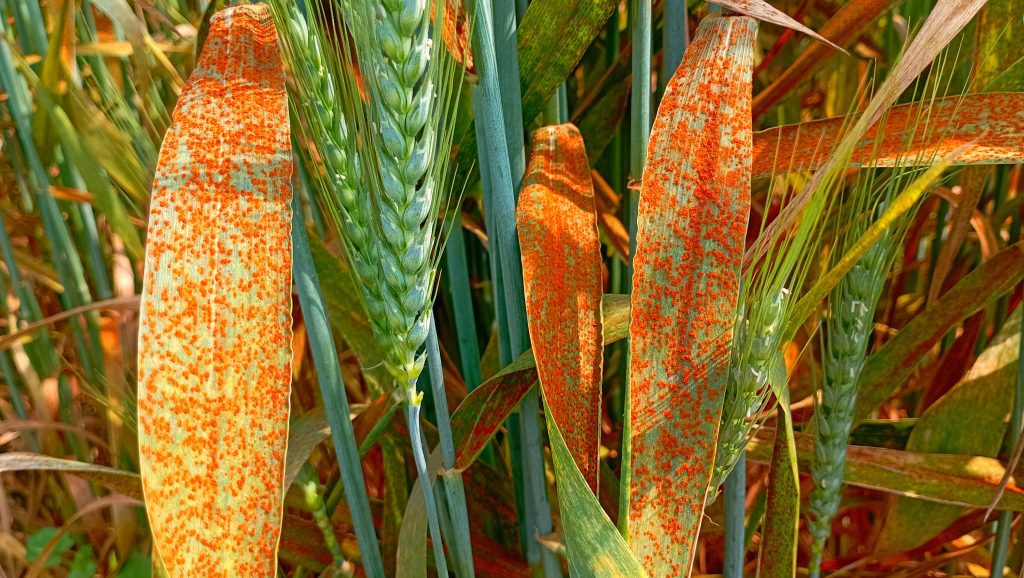 The most threatening diseases for wheat production are three Puccinia fungal species that cause leaf (P. triticina), stem (P. graminis f. sp. tritici) and stripe (P. striiformis f. sp. tritici) rust. Spores of these rust-inducing pathogens cannot overwinter in North Dakota and the northern plains region, so to re-inoculate this region they must be deposited by southern winds each year. Monitoring the arrival of rust spores can help inform management decisions for timely fungicide applications.

Using a previously published PCR assay for detecting Puccinia species (Barnes and Szabo, 2007) as a foundation, NAGC will optimize the assay so that all three rust species can not only be identified and differentiated but also quantified from environmental (rainwater, air) and plant samples.